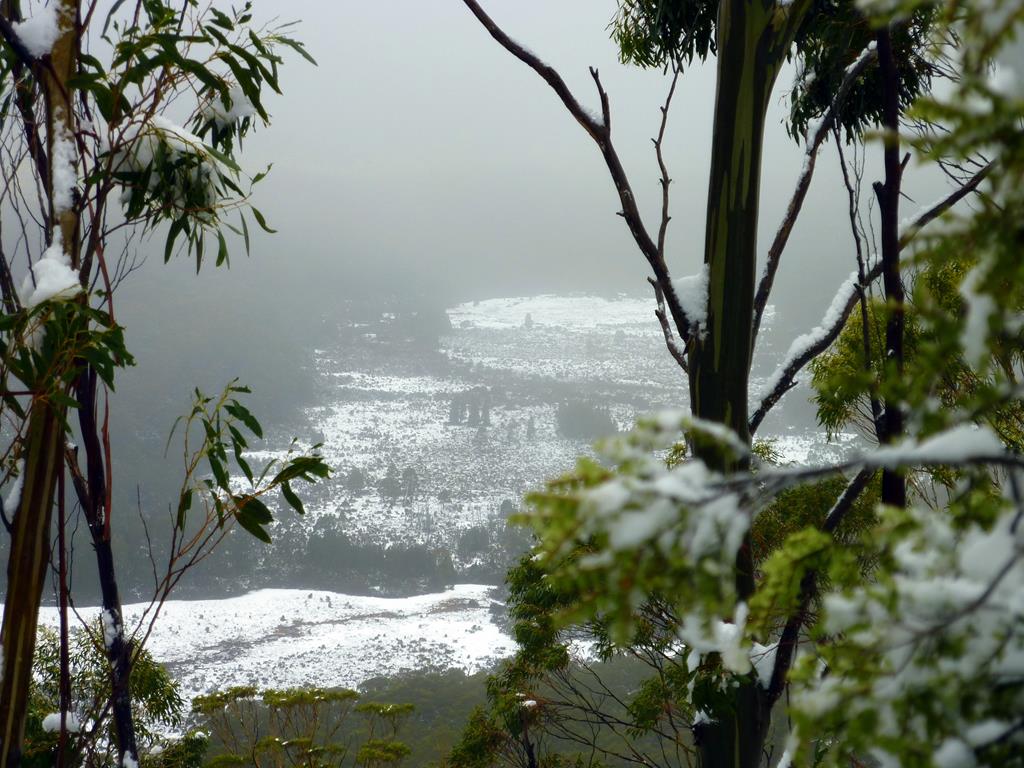 Wednesday morning was once again a pleasant morning. Today we were going to leave the main track and head to Pine Valley Hut. Our plan for that day was to go past Pine Valley Hut and climb up into the Labyrinth and camp for the night there. Fortunately we decided against this option as the weather closed in and dumped on us. We did climb up into the Labyrinth the following day and it became apparent that this would have been a difficult undertaking with full packs on. Also with the weather now bucketing down it would have been a miserable night and no doubt a cold meal for dinner. Saying at the hut was a significantly better idea.

The hut was very damp and mouldy. The walk into the hut was really interesting especially after we turned off the main track that would have taken us to Narcissus Hut. We met a couple who had left Pine Valley Hut and told us of knee deep water that we needed to wade through. So much for keeping boots dry as we had by in-large managed to do for the day. Our first interesting feature on this part of the track was the suspension bridge that took us across Cephissus Creek. Shortly after this crossing we encountered the knee deep water. The amount of rain that we had received over the days had resulted in some flooding of the track. It was funny to see the duck board so deep under water. There was nothing for it but to cross and get wet boots and feet. We took a couple of photos to show just how deep it was. We had some interesting crossings - one across a log that in normal times would take you across a nicely flowing creek - however with the rain that we had had it was a raging torrent, and something not be to falling into. Another suspension bridge to cross as we got closer to the hut.

The final last couple of ks into the hut was really lovely, soaking rain aside, as the path took you through some beautiful forest with the some of the team commenting that if you were a Hobbit you would be scared. There was a magical feel to the area with the dimmed light, the tree mosses and fungi growing off the trees. Again the path was partially under water. We finally reached the hut stuck in deep in the forest. Once again we had a coal heater and due to the size of the hut it was pretty easy to heat, and in part helped to remove the dampness.

The tree roots along the most parts of the track were dangerously slippery if you stepped on them the wrong way, if they ran across the track they were fine, but when they ran along the track it was at times like stepping onto wet track tracks and going for a bit of a ride. If you were lucky you managed to arrest your slide before you fell over.